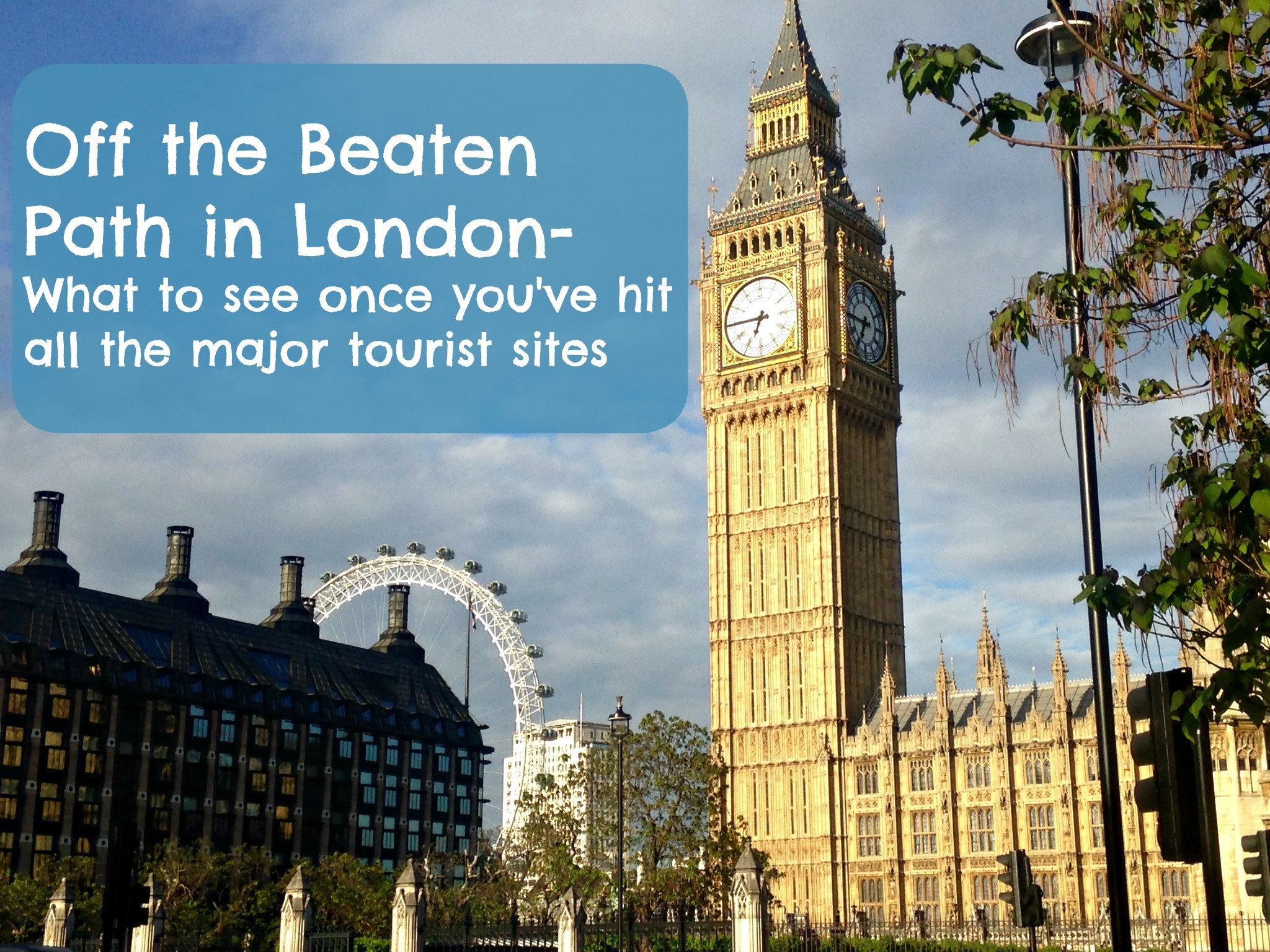 What to see?after you’ve hit all the major tourist sites

{I’m so excited to have Richelle back with us today. ?Richelle is currently living in London and is totally in love with her city. ?Here she shares with us some great trips for our 2nd or 3rd trip to London. ?I can’t wait to check out some of these parks and museums on my next trip. ?Thanks so much, Richelle.}

London is a city of endless possibility. It?s the world?s most literary city (hello, Shakespeare and Charles Dickens), the most diverse in terms of cuisine, and home to some of the most significant cultural treasures in the world. Perhaps you?ve been to London a couple times and you?ve already checked off a few of the most amazing landmarks and sights. You?ve been to Big Ben and Parliament, have witnessed the Changing of the Guard at Buckingham Palace, have stood in awe of the Rosetta Stone at the British Museum, have marveled at Westminster Abbey, and have strolled through some of the loveliest areas in Central London, like St. James, Piccadilly, Mayfair, Soho, and Covent Garden. ?And now you?re wondering what to do next. Fortunately, in a city as rewarding as London, you?re just getting started on experiencing all that this vibrant city has to offer! Here are a few of my picks for what to do after you?ve conquered the London Tourist Trail.? Here is London off the beaten path.

If you?ve been to the British Museum, National Gallery, or the British Library, how about exploring the Wallace Collection in Marylebone or the Sir John Soane Museum in Russell Square? Both of these smaller museums are free of charge and located in charming neighborhoods. The Wallace Collection is just a stone?s throw from the elegant Marylebone High Street and contains paintings by masters like Joshua Reynolds and pieces of armor dating back to the 14th century. It is also an incredibly elegant museum, so dress a tad smarter than you normally would on a standard sightseeing excursion.

The Sir John Soane Museum, on the other hand, is a highly unusual collection of antiquities from Greece, Rome, and Egypt that were picked up by the eponymous lord during his travels (back when it was ok to go home with a piece of art from the first century in your luggage!). While simply amazing, there can be queues and you?ll also need to put your handbag and other items in a clear plastic bag upon arrival, so it?s best to not enter after a massive shopping trip in Knightsbridge. This is a truly unique experience, though, and is not to be missed. 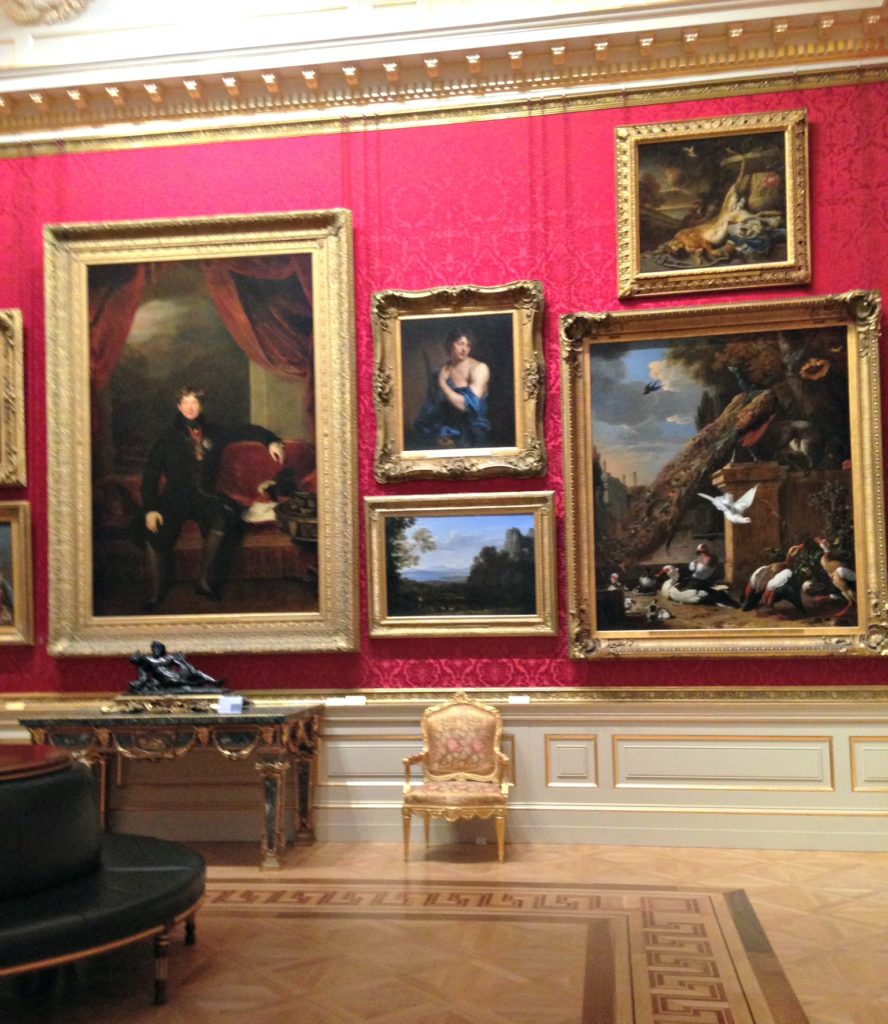 If you?ve been to Hyde Park, Regent?s Park, or St. James?s Park, how about Holland Park, located in the uber-swish neighborhood of the same name? Holland Park is just one stop after Notting Hill Gate on the Central Line (Zone Two), but it feels a world away from the hustle and bustle of Central London. Be sure to stroll through the park of the same name until you come to the enchanting Kyoto Garden, which has a Zen-like tranquility about it, complete with free-range peacocks. After a little gambol through the park, continue on to the Leighton House Museum, another small collection of antiquities amassed by a wealthy, eccentric lord. This time, the flair is to the Middle East with the showcasing of a truly opulent domed ceiling. Yes, there is more to Holland Park than Maserati?s and mansions (though you will see plenty of both)! 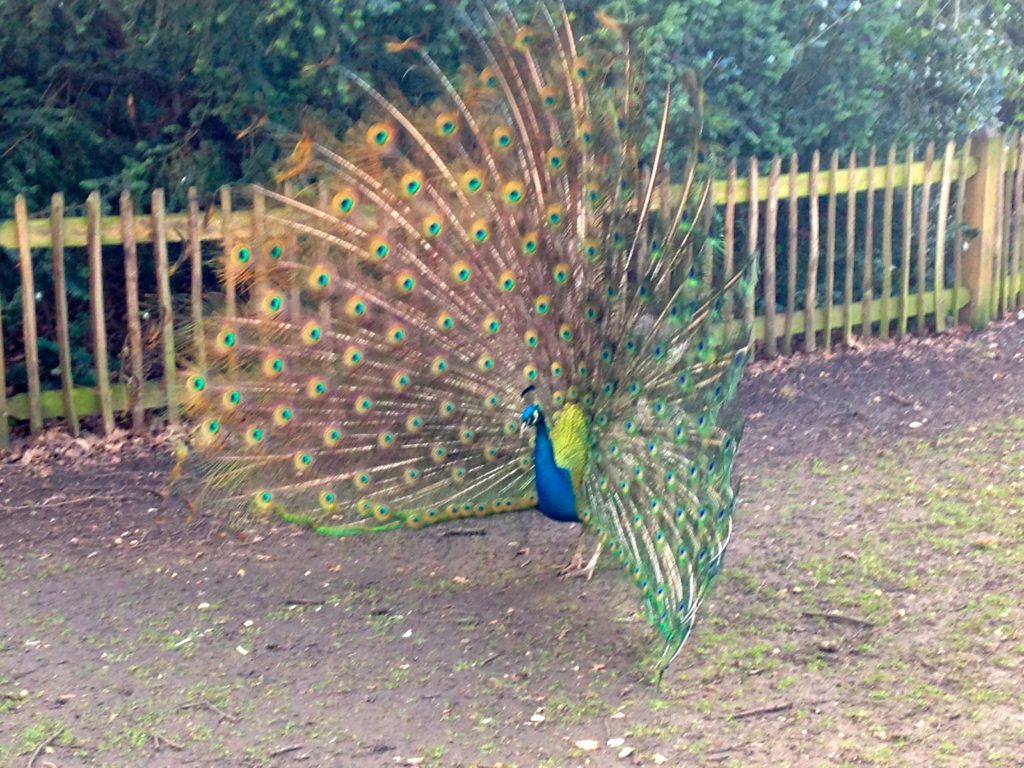 If you are looking to get out of Zones 1-2 and want to experience both open spaces and literary treasures, why not consider the North London neighborhoods of Hampstead and Highgate? You can begin your journey at either the Hampstead Tube Station or the Hampstead Heath Overground Station before heading north to Highgate. This rather long walk will take you past places like the John Keats House (small entry fee), Parliament Hill for amazing views over London, Highgate Cemetery (final resting place of Karl Marx), Kenwood House, and the famous Spaniards Inn pub (where Keats and Dickens, among others, stopped). This is truly a literary, intellectual stroll, which can take a few hours to complete, especially if you stop along the way. ?I completed this exact walk over the weekend, and it was enchanting! 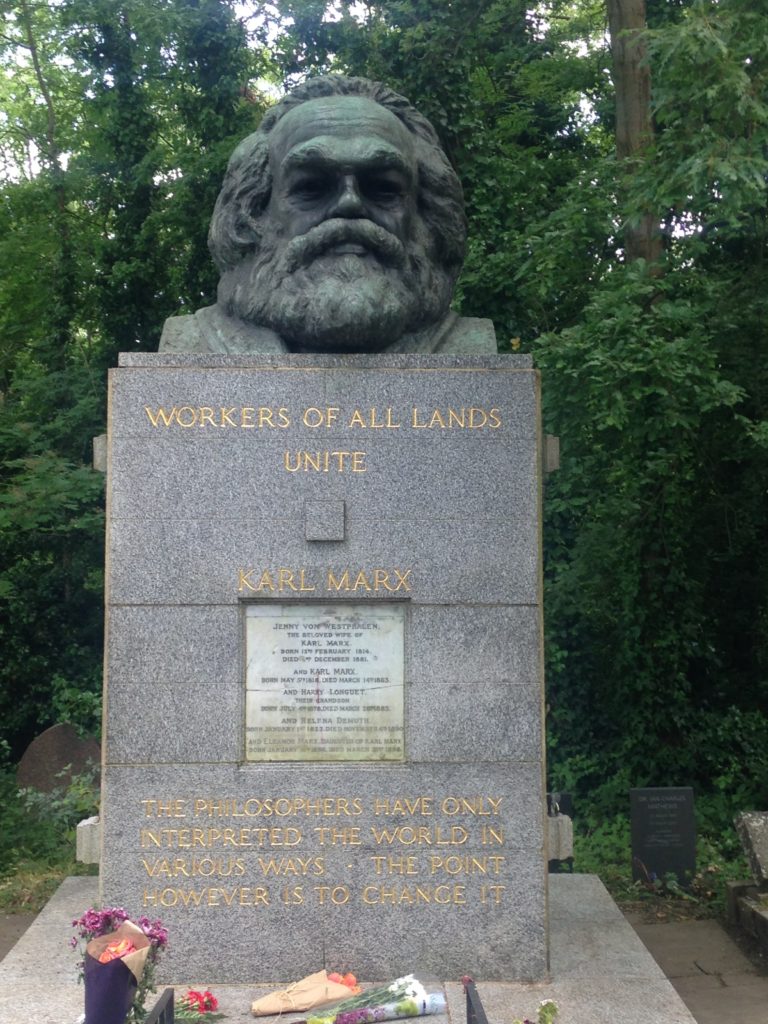 If you want to experience a bit of West London, why not head to the Chiswick House and Gardens or Fulham Palace in Bishops Park? ?Chiswick House can take a bit of time to reach, depending on where within the city you?re staying, but it is well worth the visit. You can alight at the Turnham Green Tube Station (on the cusp of Zones 2 and 3) and stroll down the delightful Chiswick High Street before proceeding to the gardens. When we visited, there was a wonderful camellia exhibition and a photo of The Beatles that was taken during a performance at the gardens.

After Chiswick, you can make your way to Hammersmith and Fulham to see Fulham Palace. If you?re not up for the three-mile walk, though, fear not, as the excellent Underground will get you there. Fulham Palace, dating back to 704, was once the home of the Bishop of London. There is a beautiful walled garden, not to mention the lovely Bishops Park. 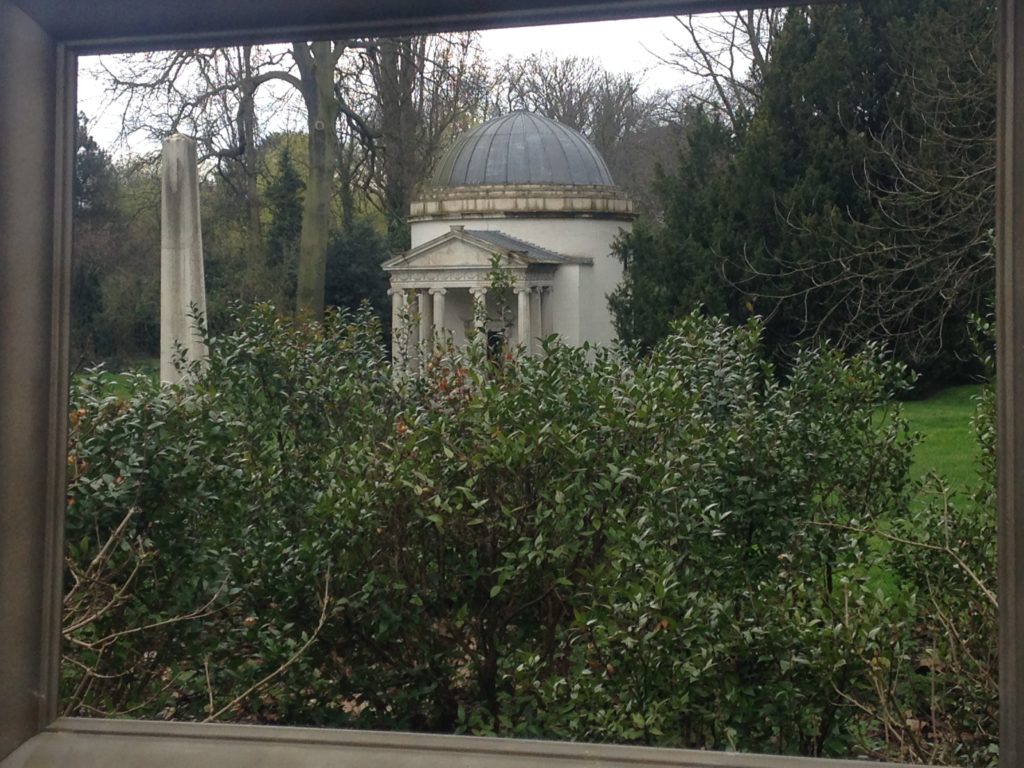 If you?ve seen the posh neighborhoods of Chelsea, Kensington (swoon), and Belgravia and thought to yourself, where do regular people live, venture to Highbury, Angel, or Stoke Newington. It?s no secret that London is a ridiculously expensive city and that you need to be either a footballer or a financier to live in the areas of the city that most tourists only see (i.e. most of Central London); therefore it can be refreshing to see places where the non-millionaires live.

Stoke Newington is my little part of the city, so, of course, I have to have a bit of a plug for my own neighborhood. You can reach ?Stokie,? as locals affectionately call it, in about 15 minutes via the Overground from Liverpool Street station. ?I would recommend a saunter down Stoke Newington Church Street, which is lined with independent cafes and shops, before reaching Clissold Park, a lovely neighborhood park that our precious chihuahua loves to frolic through on a Sunday afternoon. ?At the tip of the park, you?ll see St. Mary?s Church, which is picture-perfect on any day. 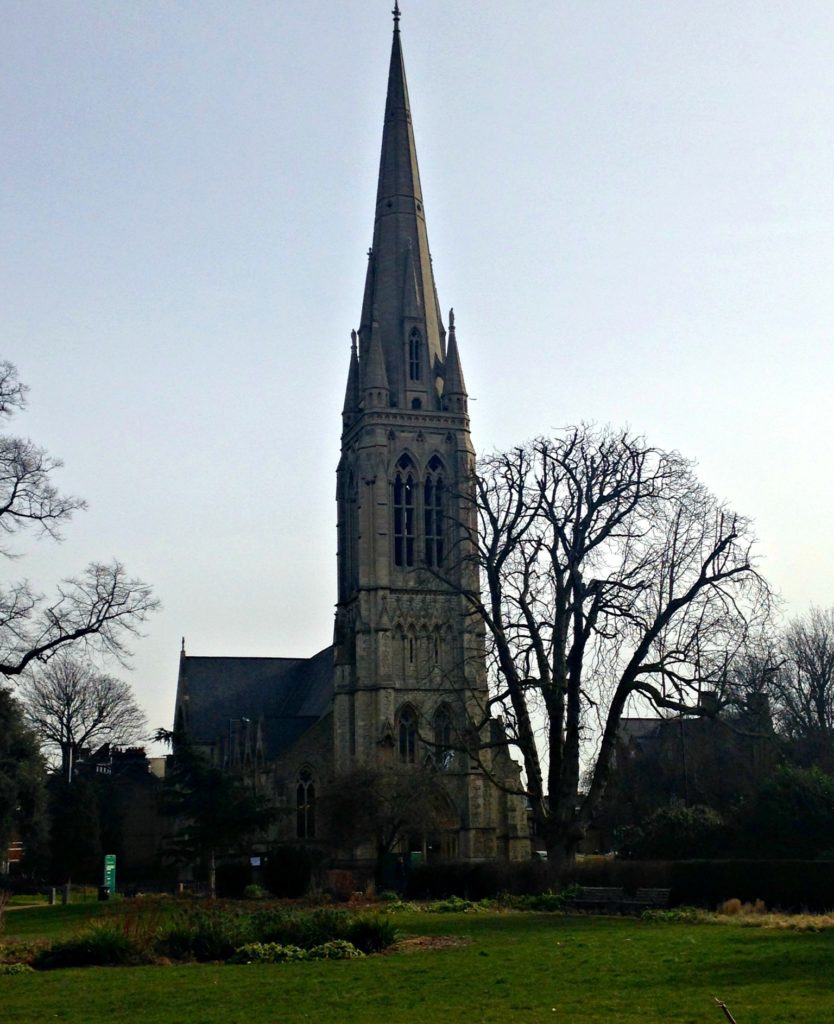 As I scroll back through this list of exquisite museums, cathedrals, gardens, and landmarks, I realize that this, too, only begins to scratch the surface of all that this city has to offer. ?I hope that this list will guide you at whichever stage of exploring London you may be, for, as Samuel Johnson said, ?when a man is tired of London, he is tired of life.?

Have you been to London?? What is your favorite off-the-beaten-path attraction? 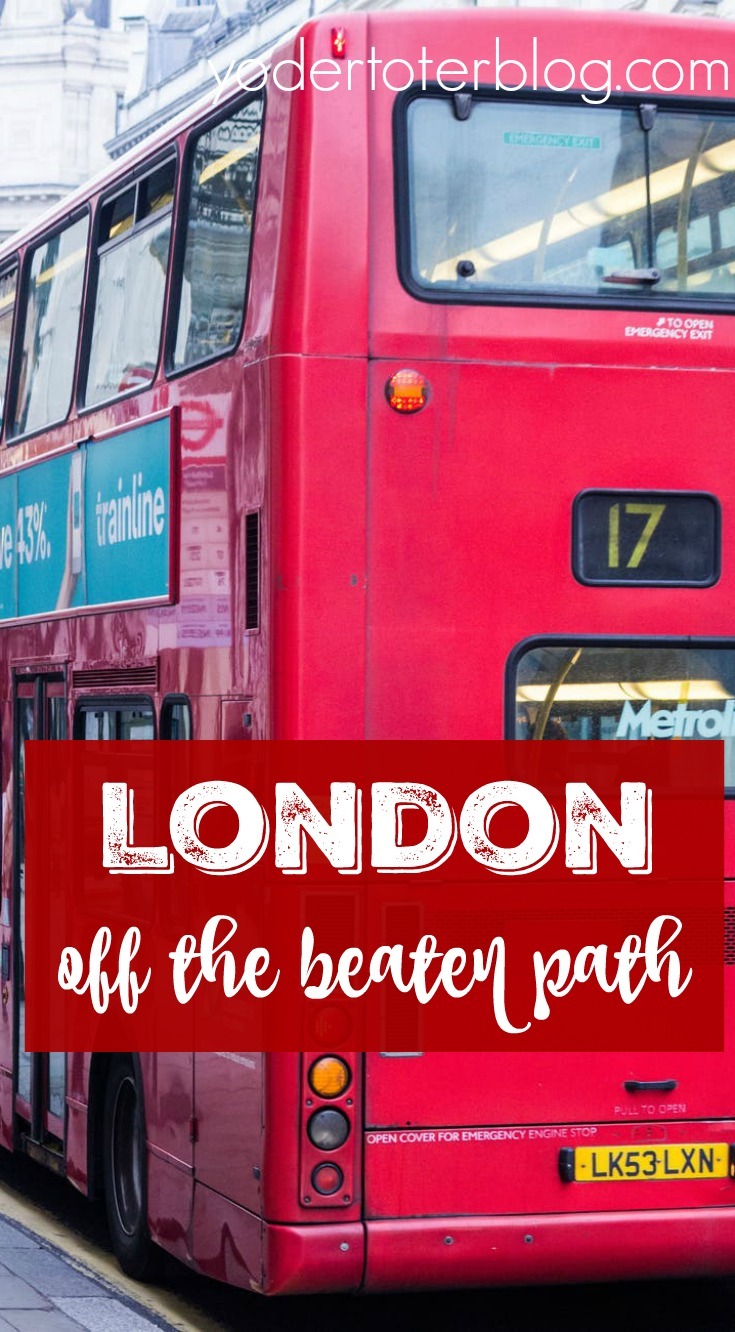