The beauty of air travel is that it makes the world a much smaller place. A couple of months ago, I was scrolling through flight deals when I saw a deal for Australia. I put the bug in Mr. Yoder Toter’s ear that I’d like to surprise my Aussie bff, Briony, for her birthday and also catch up with my host family. Just a couple of days later, the flights were booked and a secret mission began!

Initially, only two Australians knew I was planning to fly halfway around the world for a week- my host sister and my best friend’s sister! I fretted that Briony would get the gist that I was coming, but she never did! The surprise worked!

What a wonderful weekend celebrating birthday and friendship! We went from an oceanfront view in Wollongong, NSW, to dinner & fun at Luna Park in Sydney, then to lunch and drinks with high school friends in Newcastle! 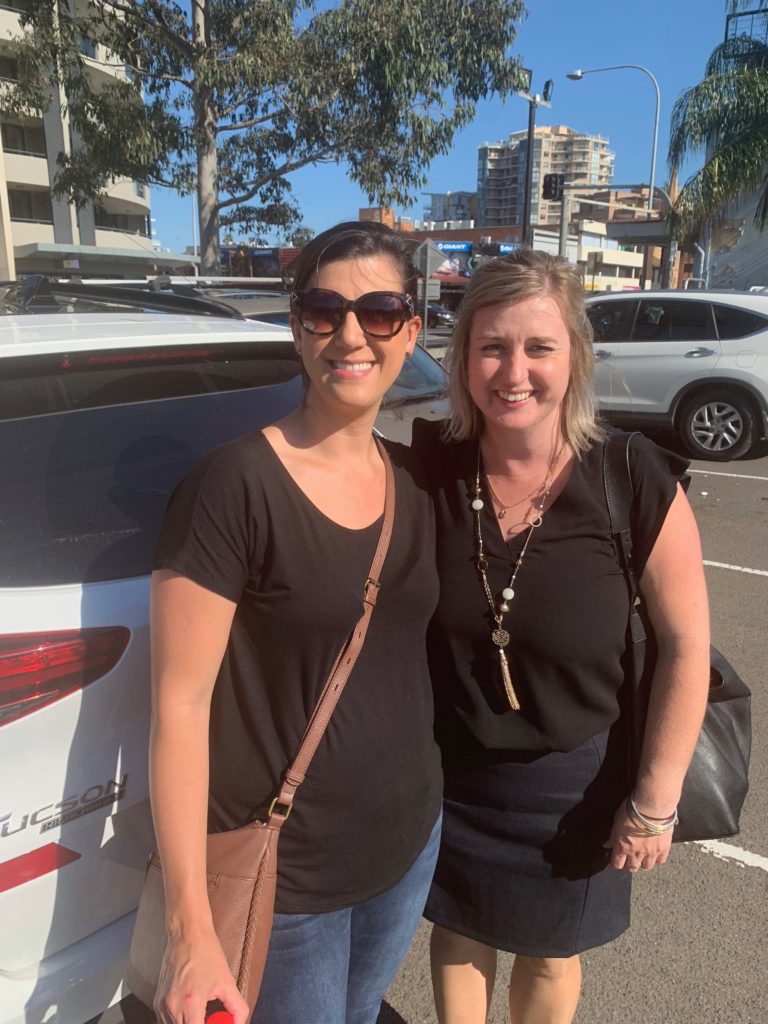 After a weekend celebrating Briony, Briony’s mum drove me to Maitland and it was time to surprise my host parents! Host family #1 was SHOCKED I was there! I knew my host mum wasn’t expecting me as she apologized for being in her nightgown. Ha!

The next day I hid in the back of the car to surprise another special family. In this day and age of constant social media coverage and few surprises, it brought numerous smiles and teary eyes to show up in the homes of people I love.

As luck would have it, the Rotary Club that hosted me had their speaker cancel and I was called upon to pinch-hit. I shared about my time on exchange, all of the Aussie friends that have made their way to visit us in the states, plus more about Amish Country and our life in Ohio.

I nearly lost my voice from catching up with so many friends, but would you believe I forgot to take photos with most of them?? #fail I felt physically ill when I realized I’d forgotten a photo with a couple of my families. Oh well, the memories live on in my heart.

Would I ever recommend visiting Australia for one week?? Probably not. My trip was motivated only by seeing the people I love, not by doing touristy things. There was little time to adjust to the time change! However, if you live on the west coast and can only devote a week of time, a jaunt to Sydney or Sydney and surrounds is doable. Upon return, make sure you have a day or two to adjust your body’s time clock.

My 5th trip Down Under reminded me that friendship has no barriers – and there’s no better feeling than hugging the necks of people that live far away.

My relationship with Australia began way back as a Rotary Exchange Student in 2000-2001. Here’s more about being an exchange student.

Thinking of traveling to Australia?? Here are 10 things to know before you go.

1 thought on “Yes, I went to Australia for a week!”