I lie on the bed and tried to catch my breath between sobs. ?With only 36 hours left in the country I’d fallen in love with 15 years ago, I couldn’t imagine leaving it again.

It had been seven years since the familiar accents, blue water, and stately gum trees had filled my vision; how long would it be until I’d see it again? ?Even more than that, how long until I’d see THEM again– ?The friends and loved ones I’d considered as close as family?? I bemoaned the distance and visa regulations and the unfairness of it all.

I tell people that being a Foreign Exchange Student has been the biggest blessing, and sometimes the biggest curse, of my life. ?What I gained in one years’ time, I’ve lost over and over again in the terminals at Columbus, Ohio or Sydney, Australia airports.

My heart is fuller and wiser from the experience, yet it aches for the people and the scenery of a place I call my second home.

I took this vulnerability I feel towards the experience and reached out to many friends who also went on the exchange or studied abroad. Here are numerous thoughts on what studying abroad means for the student.? I hope this piece will serve as a reminder for former students but also help parents and students considering an upcoming exchange.? As you will see, most of the changes were positive! 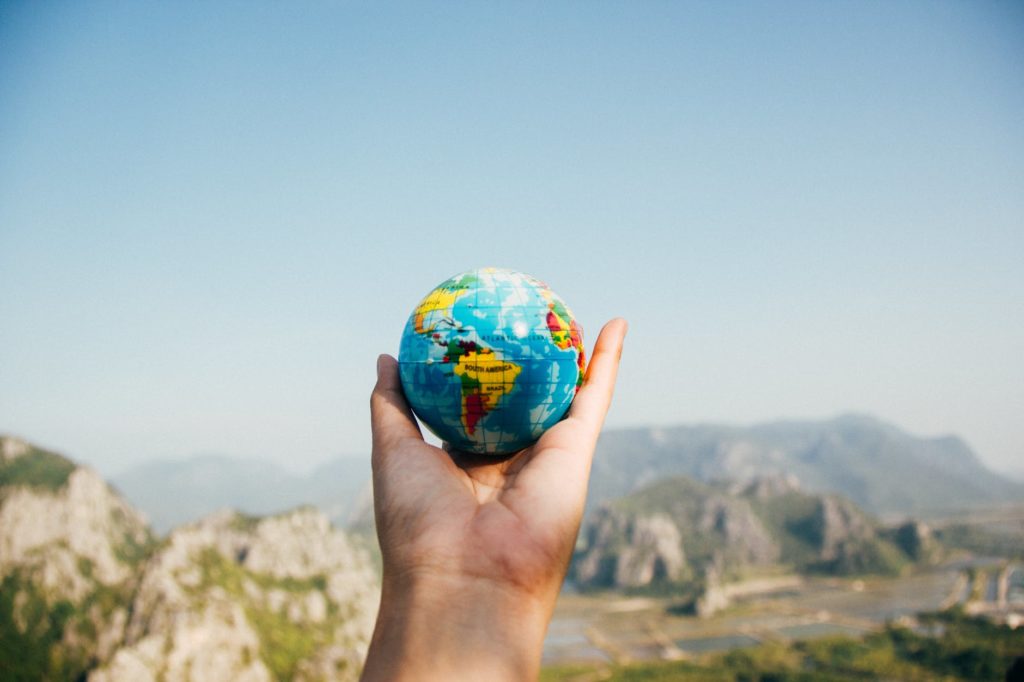 Going overseas at a young age forced me?to leave all the comforts of home-life and broaden my horizons. ?Being there for a year, going to school, and living with the locals did even more. ?Things that I considered just part of life (i.e. my faith, ?the Amish in my community) were foreign to others and I had to figure out a way to not only explain them but come to a?reckoning with my views.

Mostly between the ages of 16-20, study abroad students found that moving away at a young age was not easy (and not popular). ?However, after the initial awkwardness and culture shock, confidence started to blossom. ?Louise, an Aussie who traveled to Poland as a Rotary Exchange Student, said the following, “My confidence grew enormously whilst I was on exchange. I really found myself. I learned a language, (and) had to sort out how to use public transport which I’d never had to do before. Learning a language helped me to learn new communication skills.”

Erin, an American who went to Argentina (also on Rotary Exchange) had this to say, “I learned how to overcome my fears (it was scary to leave my family and move to another country for a year while I was in high school), and this freedom has allowed me to buy a business, and take risks in my life that I might have otherwise avoided.” 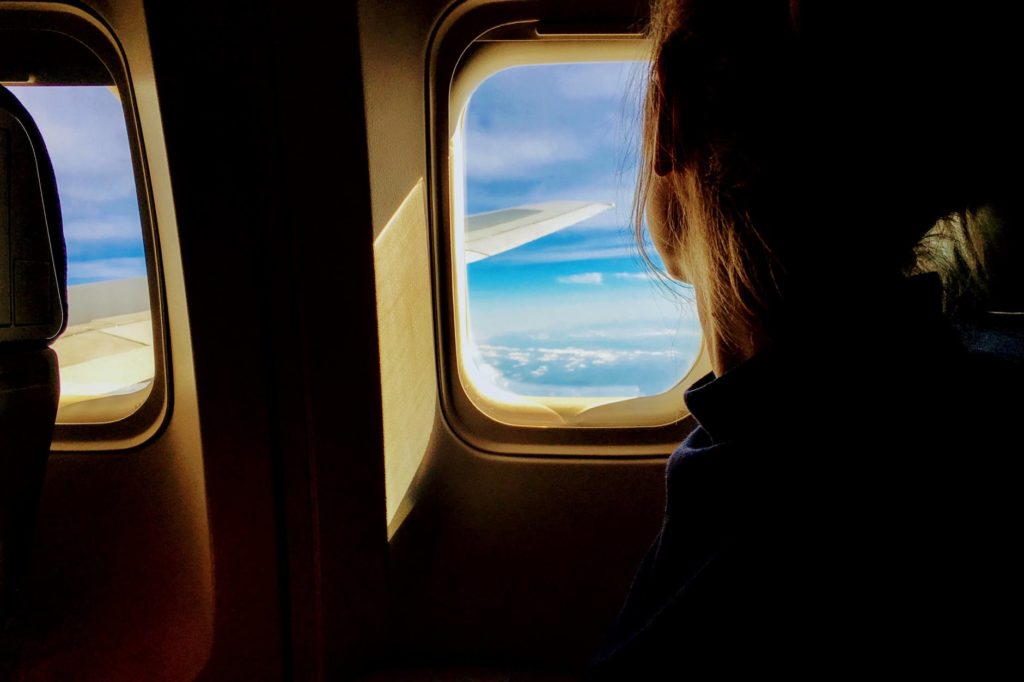 ?Richelle, who studied abroad at Oxford University, had this to say. “Before I went to England, a place like Singapore would have felt very foreign and almost impossible to reach. Now I think nothing of searching for airfare to places like Madagascar and to traveling to places like Thailand. I’m visiting my 25th country tomorrow, so it definitely made me feel like the world was out there to be explored- and that it could actually be done.” ?Louise added, “The exchange made me find a love of traveling. I long to challenge myself now. (I) don’t like to be comfortable for too long. After the exchange, I did a 3-month trip after being home for 2 years. Then after another 2 years, I completed my teaching degree and began planning to live abroad again.”

As for me, it’s no surprise that after a year in which new friends tried their?best to show me their country, the travel bug hit hard. ?And, not only do exchange students like to see the world, host parents and families do, too. We’ve hosted so many friends in Ohio. ?Going abroad does really make the world a smaller place, I can only think of the continued benefit for our children, who now have buddies on the other side of the Pacific whom they’ll most likely see many more times before they move out.

Realization of how?blessed they were

It’s a blessing to have the opportunity to travel at any age, but after returning, I realized the sacrifice my parents had made to let me go to Australia and spend their resources on travel throughout the country.

Erin added a distinct perspective, “I saw my life differently afterward, I was part of a bigger world than I realized. I appreciated what I have been blessed with more, and was motivated to take advantage of the opportunities that I have been presented with (like education, freedom to make my own decisions and even the blessing of being able to drive my own car) because these are not entitlements other kids I met had.”

Either way, going abroad added an element of gratitude to the young student, for what they’d been given at home, and what they experienced overseas.

There’s no denying that one of the consistent themes of studying abroad is the friendships that were gained. ?In my own life, being an exchange student gave me a best friend that’s traveled to Ohio 3 times. ?Not only have I gained host parents who I consider second families, my parents have gained friends as they have traveled with us. ?It’s a beautiful thing to know you have companions on the other side of the world, and it creates an open door for travel.

The foreign exchange student story – one that continues

Studying abroad changed my life, as it has so many others. ?It’s an experience that taught me so much about myself (second only to motherhood). ?I can’t imagine life without the friends I have gained, nor can I deny my loyalty and patriotism to a country that doesn’t hold my citizenship.

Did you study abroad?? Tell me about your experience-

PIN THIS FOR LATER: 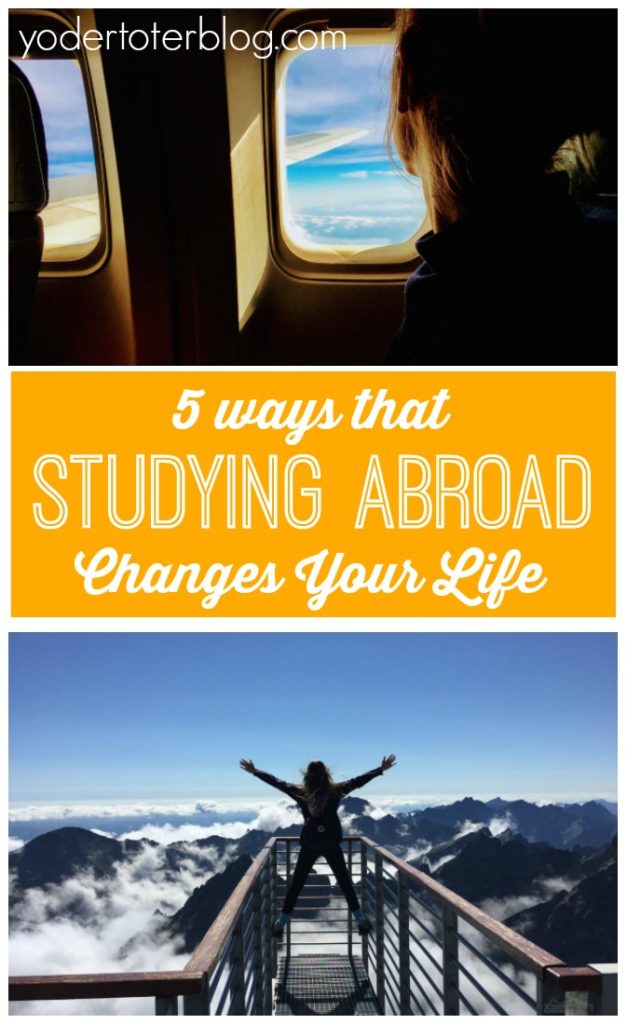 2 thoughts on “Five Ways that Studying Abroad Changes Your Life”