Last week we were at a friend?s house and Olen climbed up into a chair with his shoes on. ?He wasn?t trying to jump around, just literally get his body into the chair. ?I immediately told him to sit down and reminded him we never climb on any furniture with our shoes on. ?I was probably a little embarrassed when one of the ladies (who is 89 by the way) said to me, ?All kids do that. He?s just being a kid. Don?t worry about it.?

I know she probably doesn?t realize what an impact those words had on me, but I came home from our visit thinking about the emphasis among moms (especially in Christian circles) to focus on behavior over character. 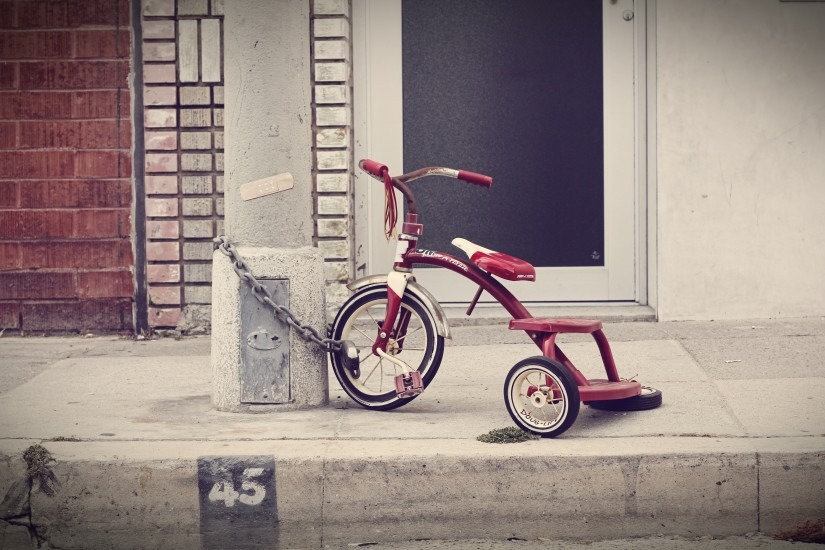 Now, I?ll be the first to say that there are some ?cultural nuances? that kids need to be reared to know. ?Please and thank you. ??Respecting others belongings- i.e. no shoes on the furniture. ?Most simple lessons in manners, and modeling these values in your own home, are simply enough. ?I don?t think I?ve ever seen a 15-yr-old boy climb up on a couch with his shoes on. ?Or at least I hope not.

However, when we go to a playdate or meet for an outing, why do we assume that kids must not be kids? ?Oh, my son didn?t share with your son. ?I AM SO SHOCKED. ?Three year olds don?t like to share. ?Oh, my 16-month old baby tried to climb up and sit on the table. LET ME APOLOGIZE.

These behaviors obviously aren?t learned from mom and dad, they are born out of our sinful nature. ?But instead of acting like our children are full-blown heathens, maybe we should just remember that THEY ARE KIDS. ?Bambinos. ?Babies. ?Little SINNERS. Hahaha.

I?ll be the first to admit that it would be really nice if my kiddos would always do what I say, follow where I go, and sit when I tell them to sit. ?Mostly because IT WOULD MAKE MY LIFE EASIER. ?Just because I have a 3-yr old that can throw a nasty fit doesn?t mean it?s not a phase and he?s headed for prison. ?Sometimes I throw fits! ?I mean, sometimes I get mad and lose my temper, the only difference between a three year old and a grown woman is I can control myself? without wailing and flailing for thirty minutes like preschoolers like to do (I?ve wailed a flailed, too, sadly).

When all we do is teach our kids behavior, they learn to be ?good.? ?I can?t think of any greater antithesis to the Gospel than the word ?good.? ?(Maybe a little strong?) ?Considering the Bible states ?that NO ONE is good except God, maybe we should stop hoping that our kids turn out to be ?good kids? and instead hope that they are ?sinners saved by grace.? ?I really don?t want good kids, I want bad kids that love God. ?Not bad in the sense that they are partying?heavily, sleeping around, and running a muck, but the fact that they KNOW that God saved them in spite of him or herself– In spite of their daily struggles and temper spats and irreverence.

After all, we all know adults with great esteem and etiquette who are just giant jerks! ??Kids will grow out of being kids, but they won?t grow out of their selfishness (even if they learn to control it) and ?they won?t grow out of negativity (we all battle that, I?d say). ?So let?s teach them deep-seated character, repentance, and a love for Christ-? things that they can hold onto tightly when the storms of life rage…and let?s leave the worry over coffee-table-climbing to the fact that kids are going to be kids!