Today on #TravelTuesday, I thought I would share with you about my irrational fear that causes my only travel woe. 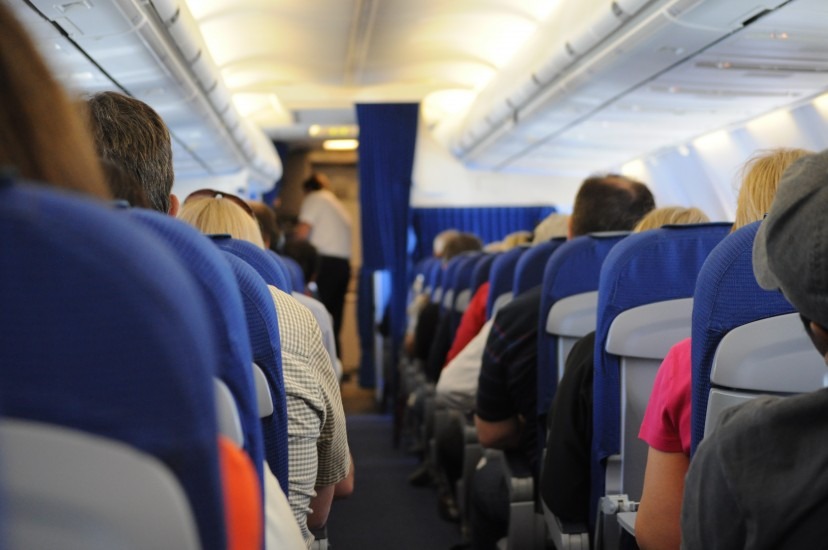 I will now give you a short recap of some of my worst behavior.

On the way back from our honeymoon we started to have some turbulence. ?When I saw the flight attendant stumble I asked Brian to, “Get me off this plane!” He laughed at his new bride and said, “So I should just push ya out at 35,000 feet?”

On a flight home from Philadelphia, we were headed straight into a bad snowstorm. ?The pilot announced that he couldn’t get the plane above 20,000 feet because the air up higher was even worse. ?At this point, I held my best friend’s hand and said, “I trust you God” over and over again while?the?less-than-impressed businessman beside me rolled his eyes.

Coming back from Albuquerque a few years ago, Brian and I noticed that a man was being led onto our plane by police officers. ?When ?we reached cruising altitude, this same man spent more than 20 minutes in the bathroom. ?I flipped out and reported it to the flight attendant, who eventually knocked on the door. ?Brian thought I had lost my mind, while I claimed I had probably saved all of our lives since clearly he was building a bomb in the bathroom.

I’ve talked to other people that abhor flying and it usually has to do with the fact that they feel a complete lack of control. ?No matter whether the statistics are in your favor or not, getting on a plane IS putting your life in someone else’s hands.

It probably doesn’t help that I also like to check out www.planecrashinfo.com before I leave home. ?(Sorry).

Or I look into apps?called, “Am I Going Down?”

Or I read conspiracy theories about MH370 (which to me is not a conspiracy at all, duh).

Please tell me I’m not the only one who doesn’t travel well!?

I love love love to travel so I’m never going to stop flying, but?I’m also going to need a lot of prayer to make it through! (And my calm, patient, husband could probably use some for having to deal with me)!

3 thoughts on “Get Me Off This Plane”